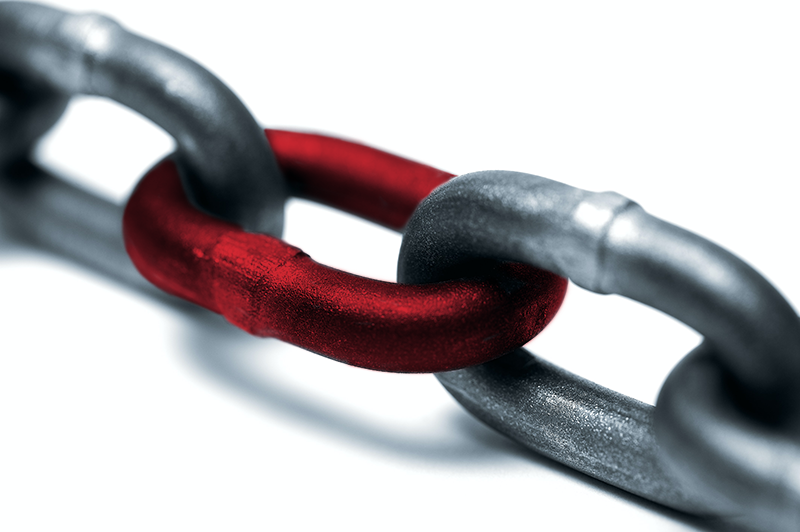 In a recent Red Team exercise at a market-leading multinational, we chained three zero-days found in our client’s IT service management (ITSM) software (ServiceTonic) to get unauthenticated remote code execution. First, we exploited an HQL injection vulnerability to retrieve relevant data from the software’s database (Step 1). We then utilized a vulnerability in the SSO (single-sign-on) implementation (Step 2) and combined it with the retrieved data (Step 3) to log in as an admin. Finally, we found a path traversal vulnerability, used it to upload a web shell (Step 4), and got remote code execution (Step 5).

What makes this attack so interesting is that it illustrates the risk companies face by not enforcing rigid security standards against 3rd party software products before deploying them in their networks. Less known but widely used software products tend to be particularly susceptible as they generally undergo less scrutiny by the security community. This blogpost explains the vulnerabilities found and discusses how they were exploited.

Our initial probing of the software’s Internet-accessible login window with basic attacks, such as default/common credentials or basic SQL injections, were unsuccessful. Undeterred, we downloaded ServiceTonic’s on-premise version, installed it locally, and decompiled the Java application.

A quick keyword search resulted in numerous sensitive information leaks (e.g., credentials of email server). This inspired us to dig deeper into the code. We focused on ServiceTonic’s login part and yet could detect another flaw, which made us confident to find even more.

What is an HQL injection?‍

The logs of the locally deployed instance revealed that ServiceTonic makes use of Hibernate ORM (or simply Hibernate), an object–relational mapping tool for Java. In object-oriented systems, there is a discrepancy between the object model (which stores data as graphs) and relational databases (which store data in tabular format). Hibernate facilitates the mapping of those Java objects to database tables.

Hibernate makes use of a query language called HQL that is similar in appearance to SQL. Compared with SQL, however, HQL is fully object-oriented (i.e., it understands notions like inheritance, polymorphism, and association) and operates on objects instead of tables and columns. HQL queries are translated into database-specific queries before passing them to the underlying relational database, making them independent of the database syntax. Given HQL’s own syntax and its tendency to be more restrictive (e.g., there exists no way to query unmapped tables), regular SQL injections do not work. However, as shown by other researchers, it is possible to escape the HQL context and enter the SQL context to communicate directly with the database by injecting specially crafted HQL queries (Figure 1). This is referred to as an HQL injection attack.

Common escape characters and injection strings in the login window did not allow for an SQL injection. The frontend simply returned “Please review your user and password and try again” for all attempts. After deploying ServiceTonic locally, we looked for hints in log files and found that a single quote character triggered following error message:

This error message did not only reveal that an injection was possible, but that it required an HQL injection instead. Looking at the corresponding decompiled code confirmed the injection and trivial logical injections provided a practical proof. The HQL query that caused the error is shown in Figure 3.

The injection occurs due to missing sanitization of the username, which is controlled by the attacker through the login window. Generally, for injections to work, one must be able to distinguish between true and false responses (e.g., does a password start with a specific letter or not?). There are two main approaches: through response content (e.g., error messages in the frontend, HTTP response codes and/or lengths) or a side channel (e.g., response time). In our case, only the time-based approach was possible. Such time-based injections are used in scenarios where there are no differences in the response content. The attacker needs to send queries to the database that force an execution delay in the database engine and thus response time.

Figure 4 shows an example of how a time-based HQL injection allows someone to retrieve a username by escaping the HQL context through a magic function. These magic functions vary depending on the database (see Figure 5). They work because HQL accepts functions that are not part of the HQL specification and assumes that they are executable by the underlying database.

For instance, the sleep() function does not exist in HQL but is passed on to the MySQL database without making further changes to it. As a result, a delay in the response can achieved – making a time-based injection possible (see Figure 4). If there is no sleep()-like function in the database available, heavy queries can be used. These take noticeable time to get executed by the database engine (e.g., heavy cross-join).

Note that a login-bypass was not possible as only the username field on the login page is injectable and the password is checked separately.‍

While the HQL injection vulnerability (CVE-2021-28022) helped us to retrieve all kinds of data from the database, ServiceTonic stores passwords as hashes (i.e., not as cleartext). For strong passwords, cracking these hashes is computationally infeasible. Therefore, we dug deeper into the login-related code and stumbled across an SSO (single sign-on) functionality. We found that for SSO a separate password is created by ServiceTonic, which always follows the same pattern:

With this in mind, we concluded that we do not need to know or crack an existing password, but we can simply generate a new SSO password for a specific user by:

The vulnerability (CVE-2021-28024) thus lies in the limited randomness when creating SSO passwords (i.e., username is often not hard to figure out, current date can be generated, and download code has a low complexity, is the same for all users and follows a simple pattern). ‍

Based on the assumptions about the username, the worst-case for determining the SSO is without optimization is 582 requests (520 + 62) (and only ~80 requests using divide-and-conquer). If you are generally interested in exploit optimization, check out one of our previous blogpost. ‍

Step 4: Upload a web shell and ensure it can be access through a website using a path traversal vulnerability (CVE-2021-28023)‍

Having admin access to the service management software of a company is a great first step from an attacker’s perspective. However, to get more than just sensitive information (e.g., social security numbers) and to compromise the whole network, remote code execution is needed.

Through an internal review of the portal, a ServiceTonic feature was found that allows admins to install services by uploading zip files. The extraction mechanism for such zip files turned out to be vulnerable to a path traversal attack by specifying relative path names (e.g., ../../public/webshell.jsp). By uploading a specially crafted zip file containing our web shell, the web shell could be placed in a publicly reachable folder. ‍

In this blogpost we demonstrated how three zero-days in one software product were chained together to access a company network through an Internet-accessible web application and then fully compromise it. While detecting the zero-days and chaining them together required perseverance, reverse engineering skills, and creativity, the vulnerabilities themselves are rather basic in their nature.

The attack clearly shows the potentially devastating effects of the lack of basic security enforcement when acquiring third-party products. Less known, but often widely used software products tend to be particularly susceptible as they generally undergo less public scrutiny, which has also been shown by recent events (e.g., Kaseya, Solarwinds).

To reduce the risk, companies should understand how 3rd party software solutions could be leveraged as an attack vector and should try to find security solutions that acknowledge this as a risk and try to mitigate it. Penetration tests are not not enough if their tests are not expanded according to the changing technology landscape. For example, while HQL has existed for many years, testing for HQL injections it is still not common practice.

GSM telephony is the world’s most popular communication technology spanning most countries and connecting over four billion devices. The security standards for voice and text messaging date back to 1990 and have never been overhauled.
Read more...

In the second half of 2019, Google and a group of mobile operators started implementing a new communication technology, Rich Communication Services (RCS). RCS is poised to replace calling and text messaging for billions of people.
Read more...